On The Joseph’s Goal Ball

Joseph’s Goal – it’s the NKH charity that we’ve got behind. If you follow us at all, you know this. We talk about them all the time.

Part of the reason is because we’ve spent so much time with Emma, Paul and Joe. We spent an entire morning with them last year, when we were just getting into the world of NKH, and they were so kind. I helped with the conference website last year, getting another speaker on the line up. We spent time together in Boston, the only two UK families who came over, we definitely stuck together. We had meals and I took every opportunity to love on baby Tom. Sam and I got into belly laughs when he was telling me about a guy that fell asleep with a burger in his hand (I love that that’s where his humour is at right now, it’s the best!)

We trust Emma and Paul and their trustees to make the best possible decisions with the funds we raise. We know their values are line with ours, which is why we’re two feet all in with Joseph’s Goal. Joe’s goal is our goal.

So when we found out they were doing the annual JG ball, we drove up to Wigan (near Manchester) to go. Woah. Buddy. Not only was traffic the craziest, but with Mikaere in his not quite perfect car seat and the vomiting (oh my days the vomiting) – it was a mission.

As an example: we arrived at the hotel the same time the ball started (we’d planned to arrive three – four hours beforehand…fail). We checked in, in a room that was three floors up and down a warren of hallways that wasn’t super accessible. We luckily had a very helpful bellboy help us up with our gear. We got Mikaere out of his buggy, and no joke, he was down two seconds on the beautifully white bedspread before he projectile vomited. There was vomit everywhere.

We rang down to reception, and they offered us an easier to access room. So Sam bathed Mikaere, our wonderful bellboy came back to help me move our gear and when we were finally ensconced in the new room, we were only and hour and a half late.

We dressed at lightening speed, fed Mikaere a reduced feed, put him in a shirt and ear defenders, and showed up two hours late to the ball.

I have never been more triumphant about getting somewhere in my life.

There is nothing like being in a giant room surrounded by people who have so much love for NKH kids, and who are throwing THOUSANDS of pounds at research. It was a giant room of love.

It was great to see Emma and Joe again, and also Nick Greene and his family were there too (the Greene family are an absolute delight by the way). I was surprised that bar Joe, Mikaere was the only other NKH kid there (knowing how supportive the community is).  Emma said that predominantly, for the ball it’s the local community that as rallied behind them (which is super amazing). And they weren’t wrong – there were a lot of famous footballers there, there were a lot of local businesses who had donated prizes and were bidding on all sorts.

I quite enjoyed bidding – I learnt quick to bid early because I was always, without fail going to be bidded over. My budget didn’t stretch nearly as far as some others. Sam did better than me, and got into a bidding war in the silent auction for a signed boxing glove.

It was a phenomenal night. Once there we had a great time. We were glad to finally get to sleep and breakfast at the hotel was a real treat. Side note: it really bothered me the breakfast room wasn’t accessible. We had to carry Kai’s buggy down the stairs. What would we have done if he was too heavy to lift?! Boo to inaccessible rooms as standard.

All in all it was a great night. I’m glad we went. It makes such a difference to know we’re not alone in this life, and there are others pushing towards funding for a cure too. 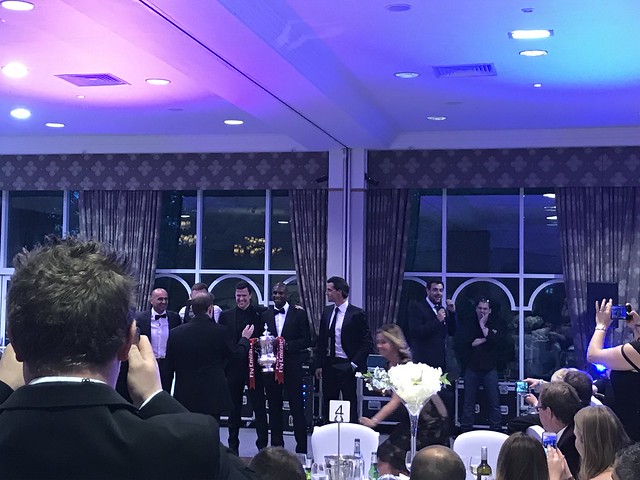 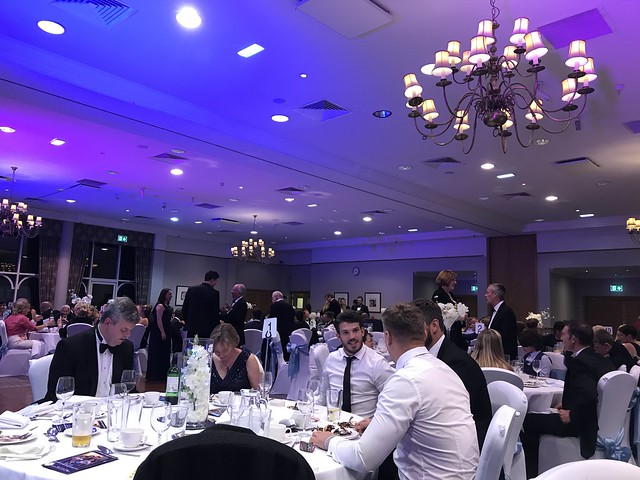 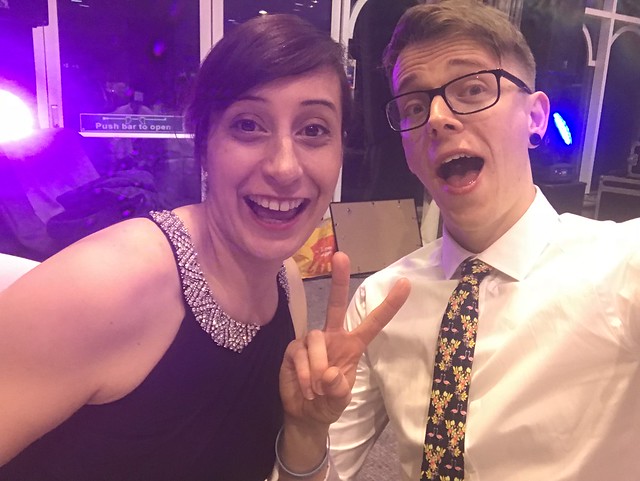 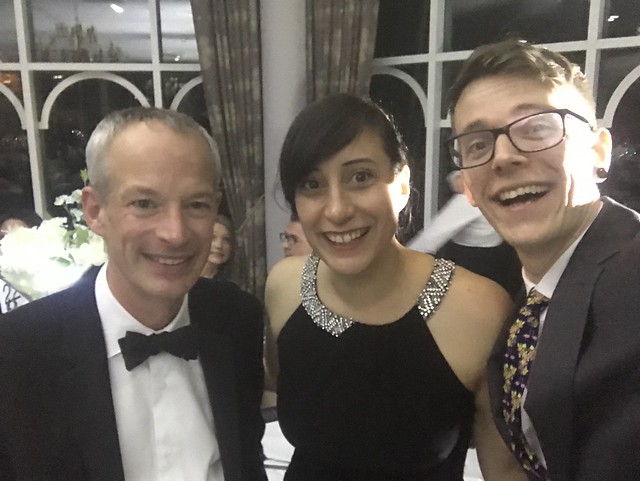 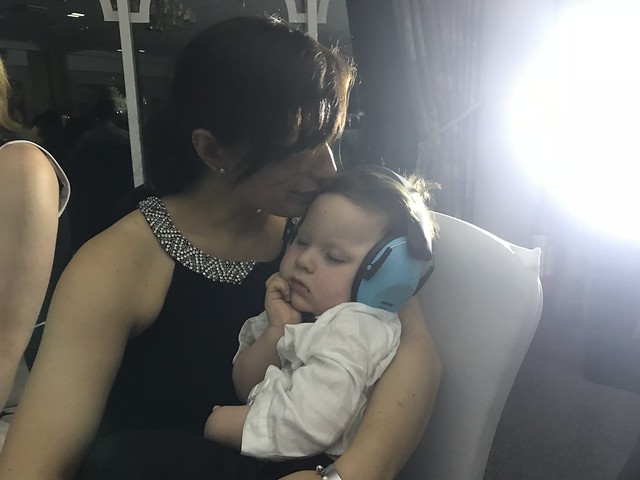 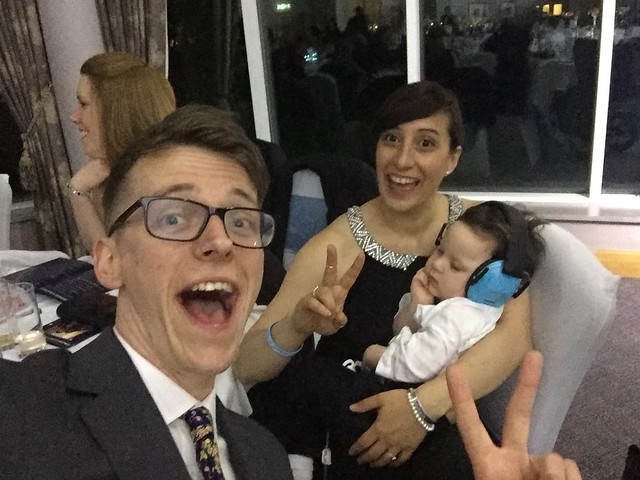 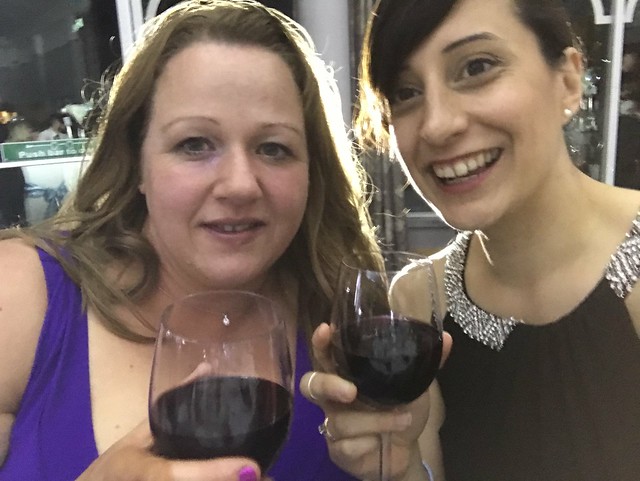