On an accidental trial of not having a tube

We have a community team of nurses who help with the general small things. Taking bloods, organising hospital prescriptions, giving the heads up to the on-call paediatric registrar when we have to go into A&E, and providing the NG tubes. Unfortunately, our community team is also short staffed. And they have to deal with the NHS budget, which is not as well funded as we would like it to be.

Kai pulled his tube out last Thursday, and we didn’t have any spare tubes. We were meant to see our community team on the Friday, but they cancelled. They knew we were without a tube, so I waited. I called on Saturday. And Sunday. But they were busy and I know that translates to: there are other children having a much harder time than Kai, so I waited a bit more.

Here’s the thing though – without a tube Kai had to take all his feeds and meds ORALLY.He tolerated them well, mostly.

We’d never done that before. Meds are 100% down the tube, because 1) they taste horrific and 2) because then we know exactly how much he’s getting. No need to worry about dribble, or whatever is ending up on his shirt. He tolerated them well, mostly. There was one med that burnt the skin around his face (I hate that we need to give it him at all… if it’s burning his face I hate to think it what’s doing to the inside of his belly).

There were a few projectile vomits will we were figuring things out… like when we gave meds too early in the feed (fail) or didn’t burp him as long as we should have (usually we vent via the tube) but once we got everything sorted, Kai did really really well. I enjoyed his beautiful face, free of tubes and tapes. The rash that comes with the tapes was almost healed, and he was the sweetest little guy. I love his little face and it was SO NICE to see it tube free. Seriously. Look at this face: 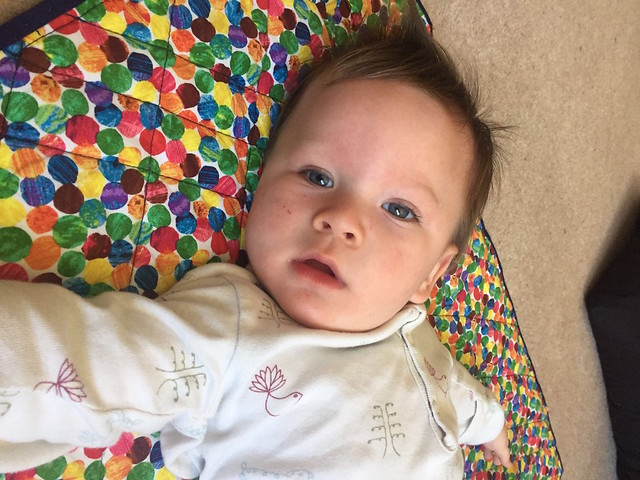 Except for one thing. By Monday Kai had had a good morning, and had a nap after lunch. Just like always.

Except, then I couldn’t wake him for his afternoon feed. 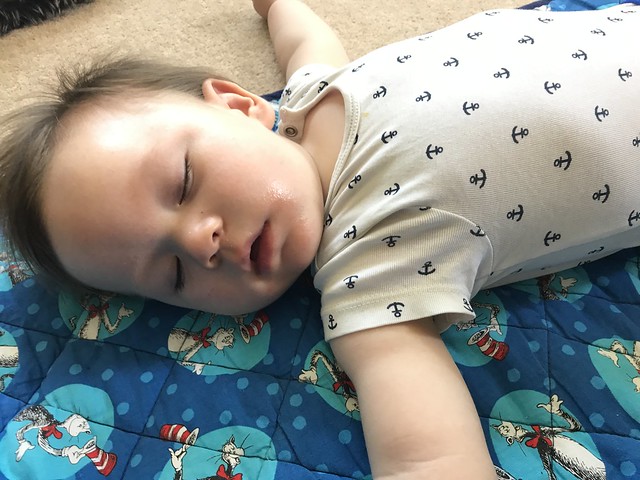 And I tried, hey. I spent over an hour and a half trying to wake Kai for a feed. Everything from tickling to stripping him off and dancing (which usually almost ALWAYS works). I even put him in cold shower, just for a moment. Kai didn’t wake. He did respond, in a very lethargic, leave me alone kind of shrug way. But wakefulness. No crying. Just very lethargic sleeping.

Any NKH parent would recognise this as a big, giant red neon sign. With multiple exclamation marks. Misted with a nice cloud of fear.

Kai’s temp was good, his O2 stats were fine, his heartbeat was okay. He didn’t have a rash, there wasn’t anything really to be concerned about. Apart from the not waking up, thing. She did the sternum rub – which is a pain test for unconsciousness. As far as a test goes, it does have a few edge cases that mean it’s not the most accurate test, but usually, in pinch, like this, it was enough to raise concern.

Kai didn’t really respond to the painful stimulus. He kind of wriggled his eyebrows in an almost frown. I was hoping he’d wake, but no such luck. So, we were advised to go visit the A&E.

Surprisingly, that didn’t freak me out. Once I knew what we were doing, and we had a plan, I could get on board with that. I know what happens in the A&E, I have things I’m meant to do for an A&E visit, so suddenly I’d gone from the world of not knowing, into the slightly more comforting/familiar world of we’re going to the A&E.

I accepted a ride from our neighbour’s husband, and after loading everything I knew we’d need for an A&E visit off we went.  On the way I called our community nurse to let the paeds reg know we were coming.

Here’s the thing though – just as we were driving into the hospital gates, Kai started coming around. Kind of.

He went straight back to sleep, but it was the first sign of life I’d seen all afternoon.  We still went into the A&E (they were expecting us, so we were moved right through, no need to wait in the waiting room) and got Kai checked out. He got bloods taken, and had the consultant look him over. More importantly, while we were waiting for the blood results to come back, Kai got an NG tube put in. 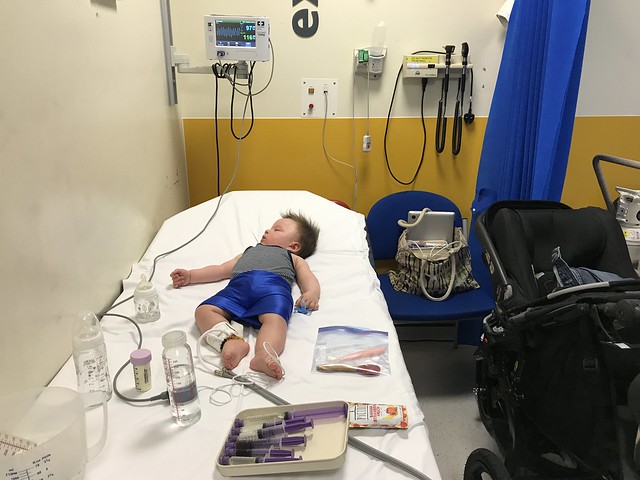 Long story short, after several hours at the A&E, Kai’s bloods came back clear and we were given the thumbs up to go home. They suspect it was an issue with medication delivery, which is to say that because Kai dribbles when he eats, he wasn’t getting the full dose of medication. Because he wasn’t getting the full dose, his glycine levels were probably elevated and made him overly lethargic.

I was grateful we were able to go home, and that Kai was fine for the minute. I was furious though, that if the reason really was medication delivery – then our A&E appointment could have been avoided altogether by a less busy community team. If we’d had a spare NG tube, this wouldn’t have happened.

So, I did what any parent would do. I convinced our GP to write a private script for NG tubes and asked our pharmacy to order them in especially for us. However, because the minimum order of tubes is 100, I bought 100 NG tubes. It cost a bit under £200.

I know – I know. I know, the NHS should have provided the tubes. This shouldn’t have happened, and I shouldn’t have had to spend hundreds of pounds for something Kai needs. I know. But the reality is that we slipped through the cracks, despite my calls and emails and loud mama bear noises. The peace of mind that comes with having a huge supply of NG tubes is massive. We will never run out of tubes again, and I’m glad.

The reassurance and relief is worth it.

The other thing that’s come out of it is the confirmation that Kai can not manage without a tube. He can not manage orally. I did wonder, and I’m glad we tried but I will no long wonder. I am not keen for him to be tube free, and 100% oral anymore. I’ve seen what it does to our little guy, and he is 100% better off with a tube.

The things you learn, hey?

Either way, we were able to come home and Kai is fine now. I’m grateful that’s the case. 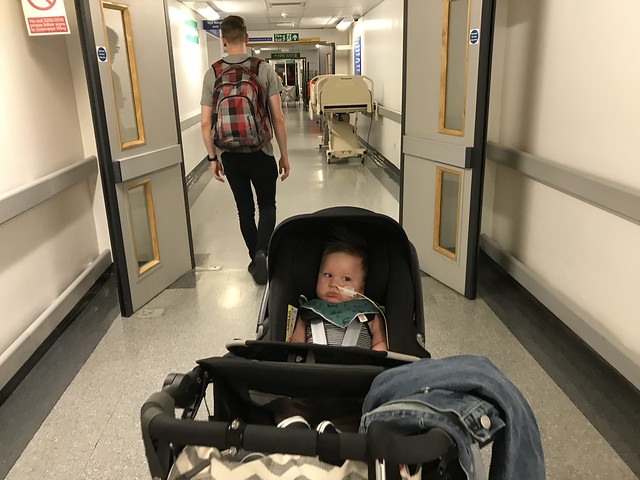